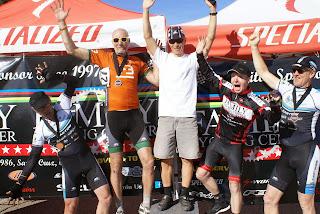 Driving....yes, driving home from work-I don't like driving, by the way-I thought about the ups and downs of the summer and fall of this year of 2013. These thoughts made me think about what I do and why I keep doing it.......the why is the hard part to figure out logically. Maybe there isn't a lot of logic involved-maybe its just ignorance and/or dogged determination, most likely fueled by the inability to think of a better way to earn a living. "Heck, I don't know what else I can do at this point - I'll just carry on no matter how many tools get thrown because of rookie mistakes....... being carried out by someone with over thirty years under their belt at this particular craft"
I thought about new folks wanting to go down the same path as I-folks who saw the whole 'work for yourself and create things' allure without knowing the full reality of being a self employed bike frame builder. While it is not my job to educate every prospective new builder on what a shit circus this job can be it is my job to tell my side of the experience, seeing as I have a great number of years fighting the strong current in my toilet of choice.

I guess I will start at the beginning-folks who know my whole story are welcome to skip this part-me, I didn't get the option on that for better or worse.

Way back in 1987 I was a full-time guitar player in a band ( another so-called dream job that turned out to not be the dream after all....) I was in a casino playing music behind a clear plastic shield on a balcony perched above rows upon rows of slot machines. In front of a few of these machines were my audience-dazed and drunk casino patrons emptying coins into slots hoping for that big payoff. I was a few feet above their heads playing songs that I didn't particularly care for , waiting for my big payoff.....the 5 hour drive home. It was in the middle of the last set that I reached my breaking point-I needed to quit this job of the last several years and do something else-something that didn't involve driving many hours to go play music I cared little about to people who cared even less than I. I knew that the next job would be in my own garage-turning my frame building hobby into my full time livelihood.

January, 1988-I had about 17 frames on order so I told the band to get a replacement guitar player-I was going full time with the torch. I had only a few tools but I had some savings and began getting a few items to make my work more efficient. I was operating out of a one-car garage that had a bike stand, a small mill, a drill press and some bikes on hooks. There was very little room to work so I usually pushed most of the bikes and the stand outside into the driveway. I brazed outside-if it was windy, I couldn't  work. Hey, I was just starting out so I had an excuse to be stupid. I had probably built about 50-odd frames as a hobbyist so I was not completely new to the work. I had done a number of lugged and fillet brazed frames.

Not knowing much about business I got the idea to sell the frame unpainted and not charge tax-I figured I could write my sales up as labor, a kind of 'contract labor'. Setback # 1 : nine months later I found out that I had indeed needed to collect sales tax and pay it to the state of California. This was made clear to me in a letter from the state board of equalization-pay the tax or be penalized in numerous nasty ways. I owed about $ 650 after calculations and decided to close shop-I simply did not have the money to pay this bill.

This is where my short career could have ended except for one guy-my former manager at a bike shop where I had worked in 1984-decided to throw a party on my behalf and pass the hat to all my friends to save my business. While they didn't come up with nearly enough money to pay the tax bill I took this as a message from the community that what I was doing had some value and was worth trying to save. I scraped the rest of the money together and have been collecting and paying sales tax ever since.

I continued making dumbshit mistakes and getting really frustrated-all the while trying to improve what I did in the shop. I really never figured out what to charge until many years went by. I lost money a good deal of the time because of this inability to really know the true cost of doing business......life eventually beat the data into my thick skull-I had to learn or I was sure to fail like so many people who try to be full time at this job. I was really determined....almost sickly so-I did not want to fail-I wanted to prove to anyone who cared to know that I was going to weather whatever came my way-any setback.

Setback # 2.June 1993- I got a phone call from my father. Truthfully, I got several call from him on my answering machine but I didn't call back as I was not on very good terms with him and didn't want to be subject to whatever berating he was likely to give me-except that the call had nothing to do with how he felt about me.....he had been diagnosed with cancer. My dad was in hospice with an inoperable tumor and my sister was calling me to come back to L.A. and be with him in his final days. I had to leave my shop and put everything on hold-my dad was dying. I was really broke and I needed the income from the frames I was building but all that had to wait. I had bills that I would not be able to pay when I returned home.

After six weeks my dad passed and I drove back home to face the pile of work and bills.I thought about quitting and getting a job somehwere-anywhere.........I was near the end of my tether. At this point the phone started ringing and orders for about twice as many cyclocross frames as the year before came in. With the deposit money in my hands I was back in business-I could not quit....I was busier than ever. I stayed very busy for the next  two years.

Setback # 3. Summer 1995-The phone stopped ringing......it just stopped. I got down to two orders-my dad had left me some money so I was going to go to France to ride Paris-Brest-Paris. I secretly started thinking about looking for work in Europe as a builder-I even left a message on my answering machine saying that I might not be coming back-I had to have a good reason to return. After two months of travel I did return-I didn't find a job that sounded worth leaving my home for-luckily, the phone started ringing again and I got busy enough to keep my doors open.

Setback # 4.March 1997- I woke up one morning with an agonizing sharp pain in my lower back-trips to the chiropracter and acupuncturist did nothing to relieve the pain so I got an MRI. It revealed two ruptured discs and I would need surgery.I did have insurance  but this was going to take time to heal and still cost thousands of dollars.My savings were getting eaten up and I had to miss work for awhile . I started thinking that maybe the work I was doing was killing my back and I would have to quit. Weeks went by and I slowly go back to the shop-turned out that bike crashes and an old job with heavy lifting had done the damage-not frame building so I got back to the torch.

Setback # 5  , August 2001-I was riding my mountain bike with a friend after work on the same trails that I had been riding for the last 20-odd years. On this day we were really flying downhill at a rate I had never done before and the predictable thing happened-I wound up crashing at high speed and shattered my hip socket. My leg was dislocated and I laid there helplessly on the ground waiting for the EMT's to pick me up. I wound up spending two weeks in the hospital and could not work for three months. I spent thousands on the deductables and making up for lost income. Things looked dire but my riding buddy passed the hat for me and was able to help me with a surprise influx of cash....I got bailed out by my friends yet again.

Setback # 6, summer 2003-the phone stopped again. I never know why this happens but I got down to two orders on the list and took a part time job at a winery pouring wine in a tasting room for $8.00 an hour. I did this part time for three months to see if a career change was viable. Turns out that building frames definitely pays better than working at a tasting room as a bottom of the tier employee-by September I had a bunch of orders again so I quit the winery and got back to work.

Since 2003 I have remained busy and have not crashed my bike too terribly. I have had two kidney stones and developed a case of hemocritic anemia but for the most part I'm going stronger than ever at the bike building. Folks who read this should know that there are other builders who have faced much graver setbacks than I and are still at it-some who nearly died from getting hit by cars, all number of things but they all carry on with the work-I don't think that any one of us can really say why definitively......I know that it definitely helps heal the wounds of the setbacks to take pieces of metal and make a working bicycle. Maybe we are all into this for theraputic reasons.......like electroshock maybe. If you are thinking of taking up this way of making a living , be sure and know that there will be setbacks. You should really ask yourself if you are the kind of person who can and will carry on , not needing an articulate reason to do so......just the desire.
Posted by swiggco world at 9:18 PM 1 comment: